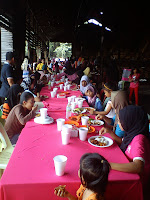 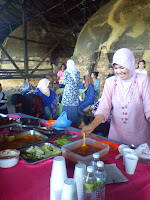 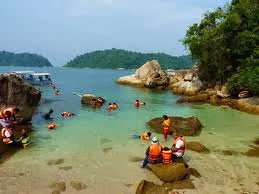 3 Days 2 Nights Pangkor Island, Malaysia.
RM250 nett per person
Day 1
Arrive at Lumut Jetty and meet our representative who will arrange your transfer to Pangkor Village Beach Resort by ferry and van.
Free and easy at resort and beach. 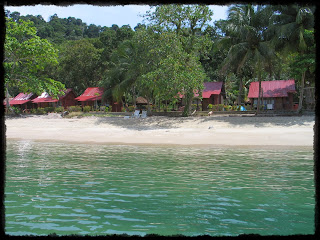 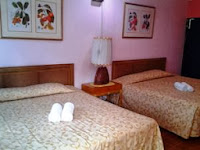 Pangkor Island, Perak’s idyllic and laid-back holiday destination, has another interesting product to offer its visitors. This is hornbill feeding where every evening at 6.30pm at the Sunset View Chalets at Nipah Bay, its owner Nordin Bakar, 56, will feed the island’s population of hornbills.

Nordin has been feeding these birds for the past nine years beginning at a time when they ‘dropped by’ usually in the evening. Then one day he experimented calling them by whistling.
The initial response was lukewarm but after seven months, and after trying out various types and tunes of whistling, he would attract 25 birds. Now the birds arrive in batches. On most days the birds would number 25 to 30 but can total to 60 on some days.

Nordin preparing bananas while an Hornbill audience awaits
Initially, he fed the birds with bread, papaya and bananas but eventually he standardized it to bananas as the birds seemed to like that fruit best. From 2kg of bananas in the beginning it has increased to 4kg per day due to increasing numbers coming to feed. His monthly cost is RM300.
Nordin has now fixed his feeding time at 6.30pm daily as he noticed more would come at this time. His daily routine now includes peeling the bananas at 6pm and by 6.30pm, the birds would fly in and perch around the dining room to watch Nordin while more birds would wait on the cables above the chalets.

Nordin summons the birds by whistling and more would fly in.
Just before 6.30pm Nordin would whistle loudly and from nowhere more birds would fly in. It is quite a spectacular show as Nordin throws the cut bananas one piece at a time into the air as the hornbills catch the fruit while in flight. He also feeds them by hand.
The gathered audience would then join in to feed the hornbills, some throwing the bananas above while others fed the birds from their hand. I tried feeding the hornbills and at one try, saw three Hornbills flying down for one banana.

Eating off the hand, the birds never bit my finger.
Incredibly the birds always took the banana but never bit my fingers at any time. Interestingly every time they swooped down to feed it was the strength of their wings that created a sense of a strong breeze over my head.
Once the birds had their fill they could be seen playing as they fenced with their beaks. By 7pm the hornbills had dispersed and so too the audience. The event was a lovely experience which visitors should view when they visit Pangkor.
For information you may contact Nordin Bakar  at The Sunset View Chalets, Lot 4461, Teluk Nipah, Pangkor Island. Tel: 605-6855448/012-408  2297. Fax: 605‑685 5449. Email:  sunsetviewchalet@gmail.com.
JAG
Dicatat oleh Khairul di 6:57 PM No comments: 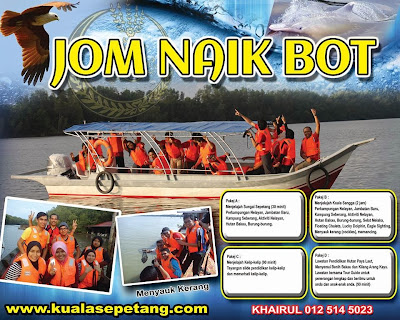 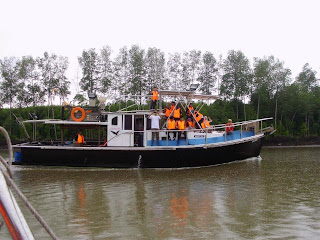 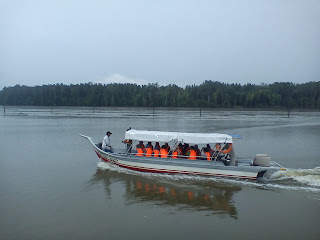 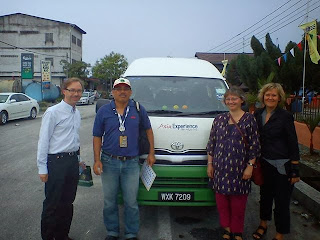 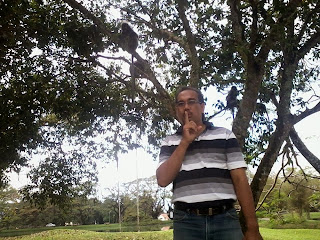 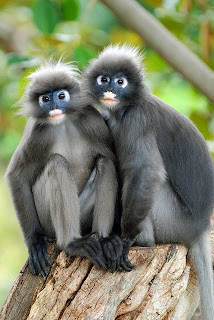 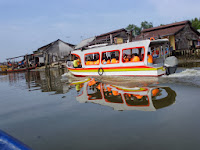 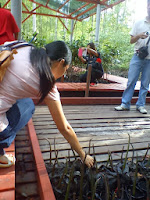 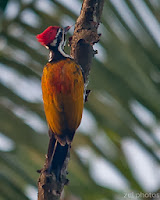