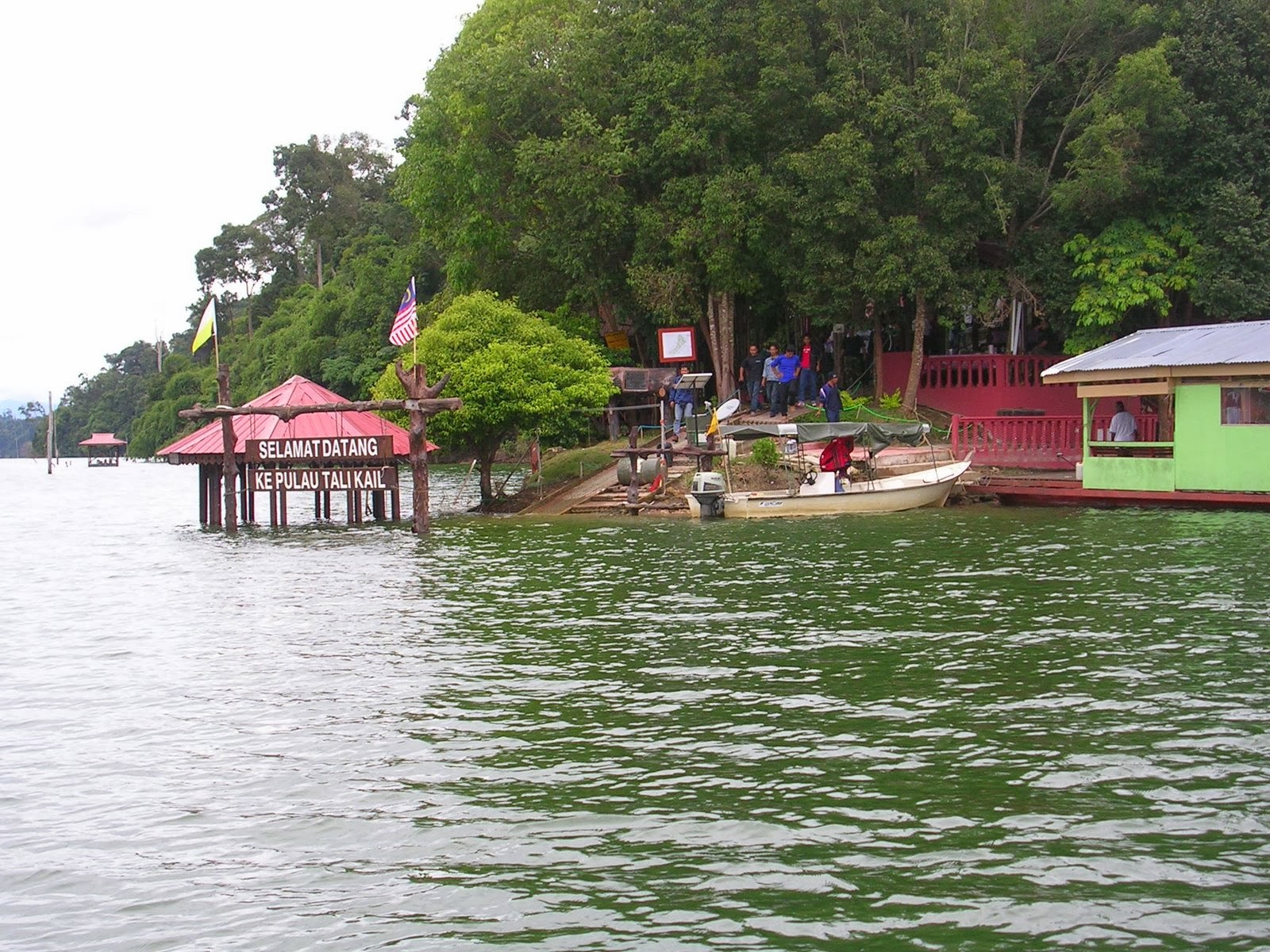 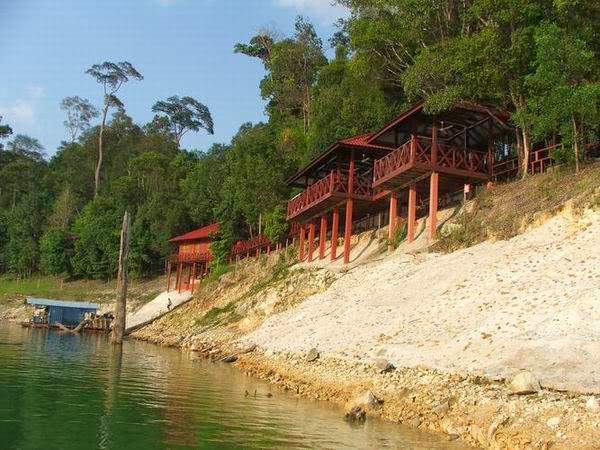 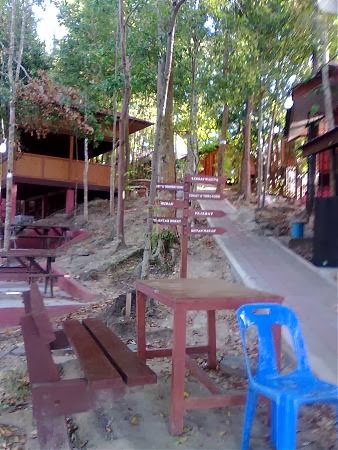 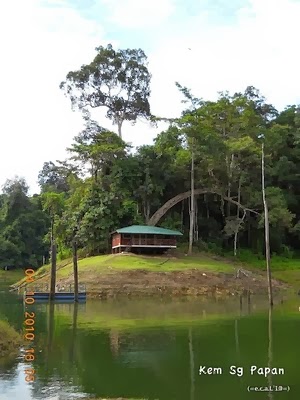 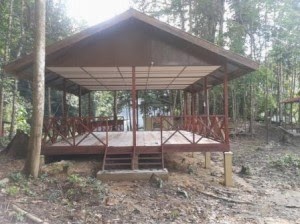 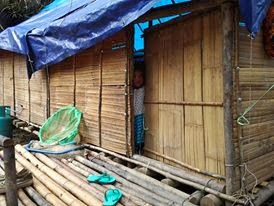 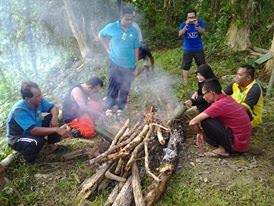 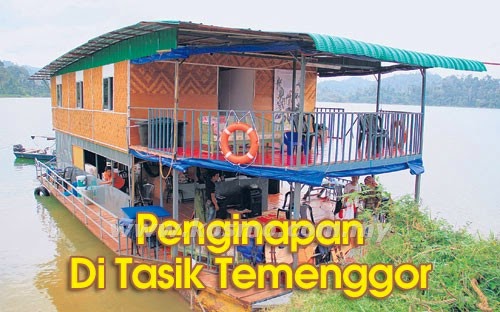 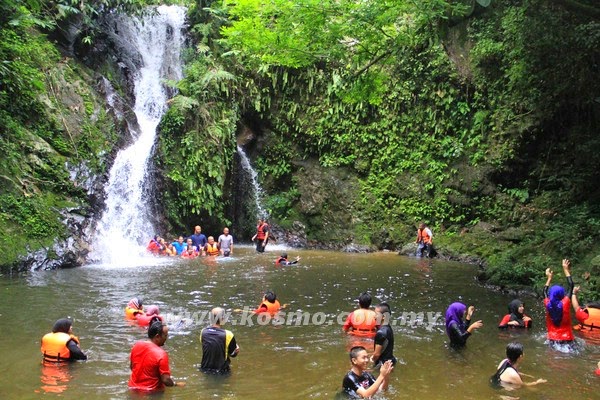 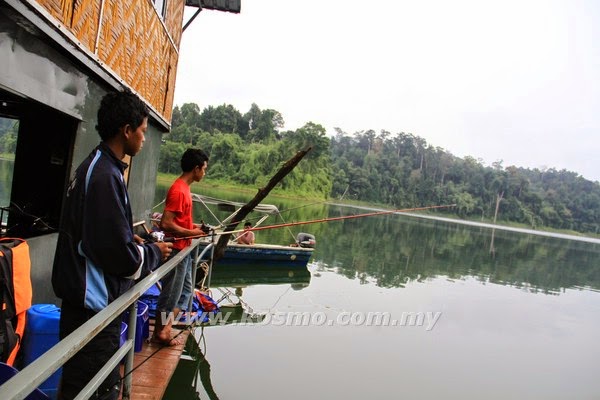 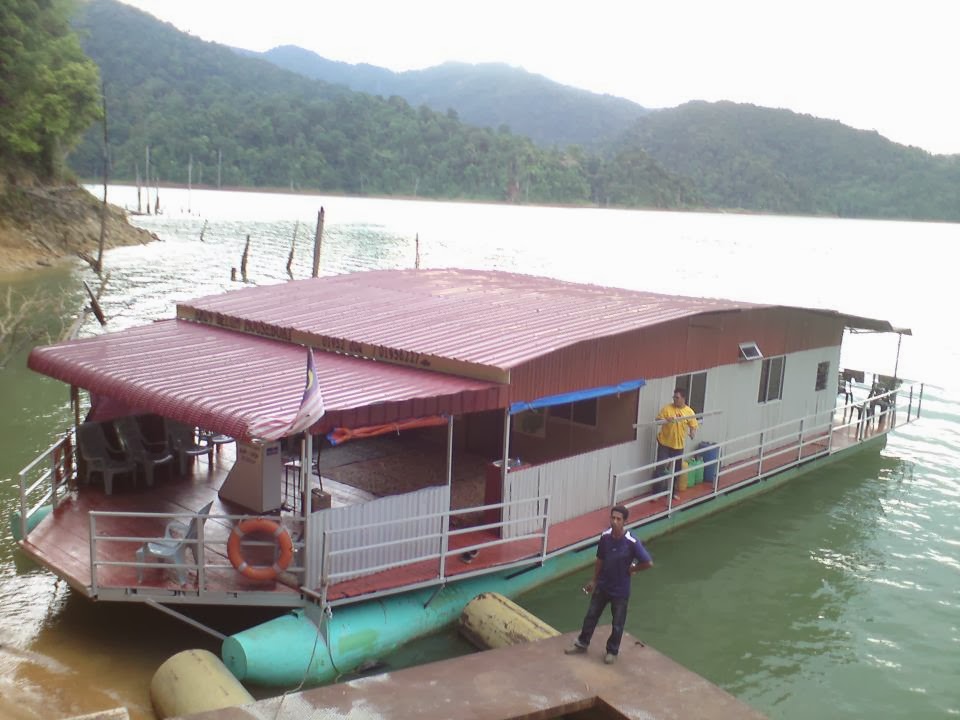 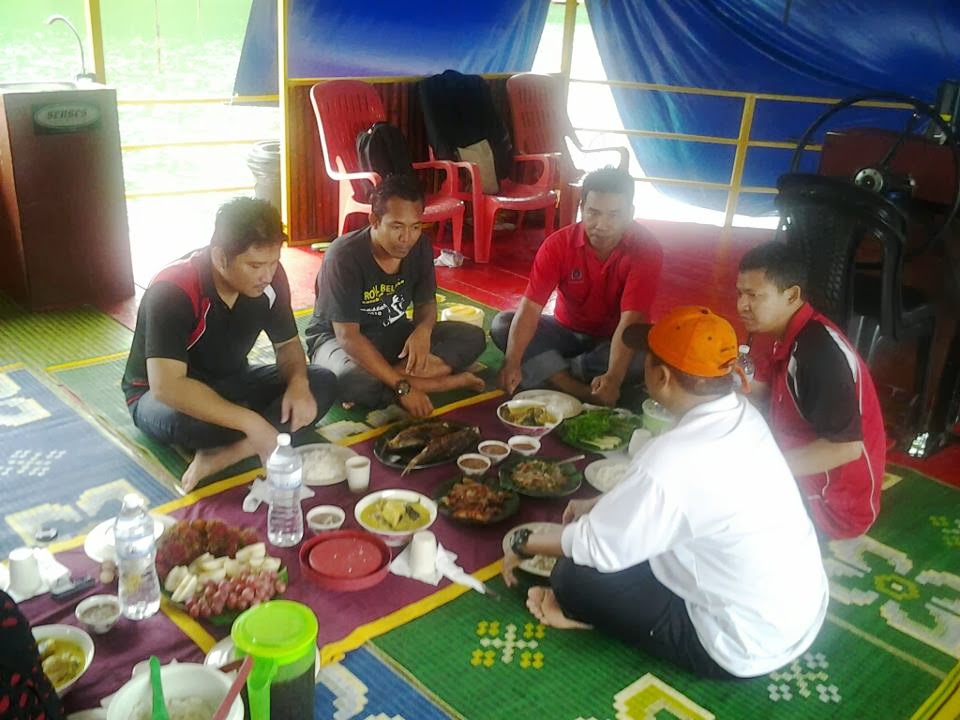 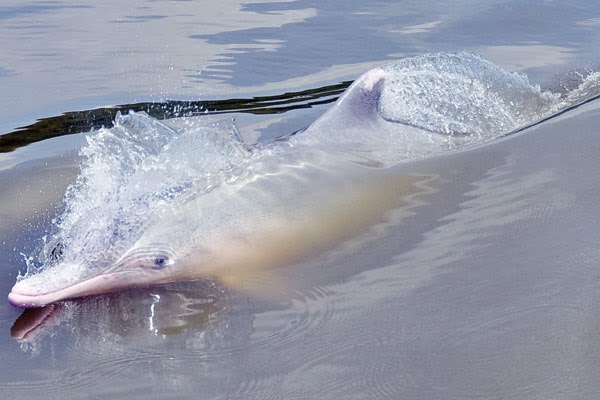 By PHILIP LIM | nst_ipoh@yahoo.com
IPOH: THERE is almost nothing Kuala Sepetang has in common with New Zealand except for the fact that the town is formerly known as Port Weld.

Port Weld is named after Sir Frederick Weld, who was at one stage of his illustrious career the sixth premier of New Zealand.

Among his other notable political achievements, Weld was also the 14th governor of the Straits Settlements. His portfolio included being the eighth governor of Western Australia and the fourth governor of Tasmania.
Today his name has been washed into oblivion by the tides of Malaysian history. What stands in its place is Kuala Sepetang and the descendants of the Chinese fishermen who settled down here hundreds of years ago.
If not for some famished members of my family who desired something fresh from the waters of Kuala Sepetang, I would have bypassed the town, which lies kilometres deep in the sprawling district.
This town is a fishing village situated way off the main trunk road that separates Simpang and Taiping.
As it was my experience for at least four decades, I had never ventured further than Simpang at the junction of Taiping. But destiny intervened recently, and I found myself looking at names of places that sounded vaguely familiar.
Kuala Sepetang (then Port Weld) stamped its mark in Malaysian history in 1885 when it shared a common railway line with Taiping. At that time, tin was transported by train from Taiping to Port Weld, before it was shipped to Penang.
In the 1980s, the railway line was discontinued. Today, what remains is just a sign in four languages that says "Port Weld" and some signs that there was once a railway line here.
Kuala Sepetang today has a small measure of fame concerning seafood. Unless you are really very hungry or just plain curious, you wouldn't go out of the way to visit the coastal village.
The roads here are narrow but there are signs that development has been creeping up on Kuala Sepetang. Some roads are so cluttered that it would be more appropriate to describe them as lanes and back alleys.
The restaurant that leapt out of a Google search was Kedai Makanan Tepi Sungai. Luck abandoned us that day because the eatery was closed.
We quickly resorted to Plan B, and that was to locate another restaurant. However, the way to the alternative eatery was through some very tight passages and several times, I had to reverse the car to avoid an oncoming vehicle.
Kuala Sepetang is not exactly the best example of a developing town. It was evident that cleanliness was not a top priority in this fishing village that poses as a town during the day.
Meanwhile, hunger pangs began to trouble us. Luckily, I spotted the Makanan Laut Kang Kao restaurant and decided to eat there.
The restaurant looks fairly new, and sits on the first floor of the Hoon Teong Fish Dealers jetty. The views from the restaurant are similar to those in Pasir Penambang, Kuala Selangor.
After satisfying ourselves with six dishes of seafood, the entire family decided to explore the town.
Boys were playing on rickety walkways and fishing boats with scantily clad fishermen were sailing in and out of designated spots.
It was Kuala Sepetang at its coastal best. City residents would relish such sights which were conspicuously absent from Kuala Lumpur's urban jungle.
The town was befuddling in terms of logistics. The infrastructure was a tad sad, and passing visitors would have a hard time identifying any famous structure. To our utter shame, we got lost in a very small town.
In fact, it was after the humbling experience of seeking directions from a few residents that we found the grub we had all been seeking after.
The seafood at Kang Kao restaurant, in a nutshell, was average. However, the restaurant on the ground floor has five-star views, with its open verandah and wide windows.
Most of us holiday-starved KL-ites are thrilled by sea birds, sampans and medium-sized trawlers. These are plentiful in Kuala Sepetang, a town that is gradually building its eco-tourism on its mangrove forest, sea eagles, charcoal kilns, passing dolphins and, to a small measure, mee udang.
Many Malaysians will never visit Kuala Sepetang in their lifetime.
But about 60 years ago, Taiping had a strong connection with Kuala Sepetang. The Chinese on both sides of the main trunk road spoke, and still speak, mainly Hokkien. The district of Larut, Matang and Selama has a population of more than 330,000, and Kuala Sepetang has a fraction of that total.
The administrative district of Larut, Matang and Selama covers 18 towns and smaller districts. Kuala Sepetang is among them.
The entire area of Larut, Matang and Selama is about 2,000 sq km. A friend told me that Kuala Sepetang has a reputation for its curry mee. I thought that was rather presumptuous because it is well known that Ipoh is the undisputed "king of curry mee".
The other rumour which is yet to be verified is that the Kuala Sepetang pau is really something. Since my sojourn in this fishing village was short, I didn't have the opportunity to sample the Kuala Sepetang pau.
But rest assured, on a later return visit, I will definitely add that culinary suggestion to my checklist.
Meanwhile, Kuala Sepetang is in the twilight of its heyday. It is no longer a jewel in the district of Larut, Matang and Selama. For that matter, Kuala Sepetang is not even an attractive cousin of nearby Taiping.
But there may come a time when this largely ignored coastal village shines again.

Heart's pumping to the drums of 1Malaysia
Fun, Joy and laughter everywhere
The best place to be

In the jungles, up the hills
At the beaches, in the cities
Different cultures all the people
Celebrating 1Malaysia 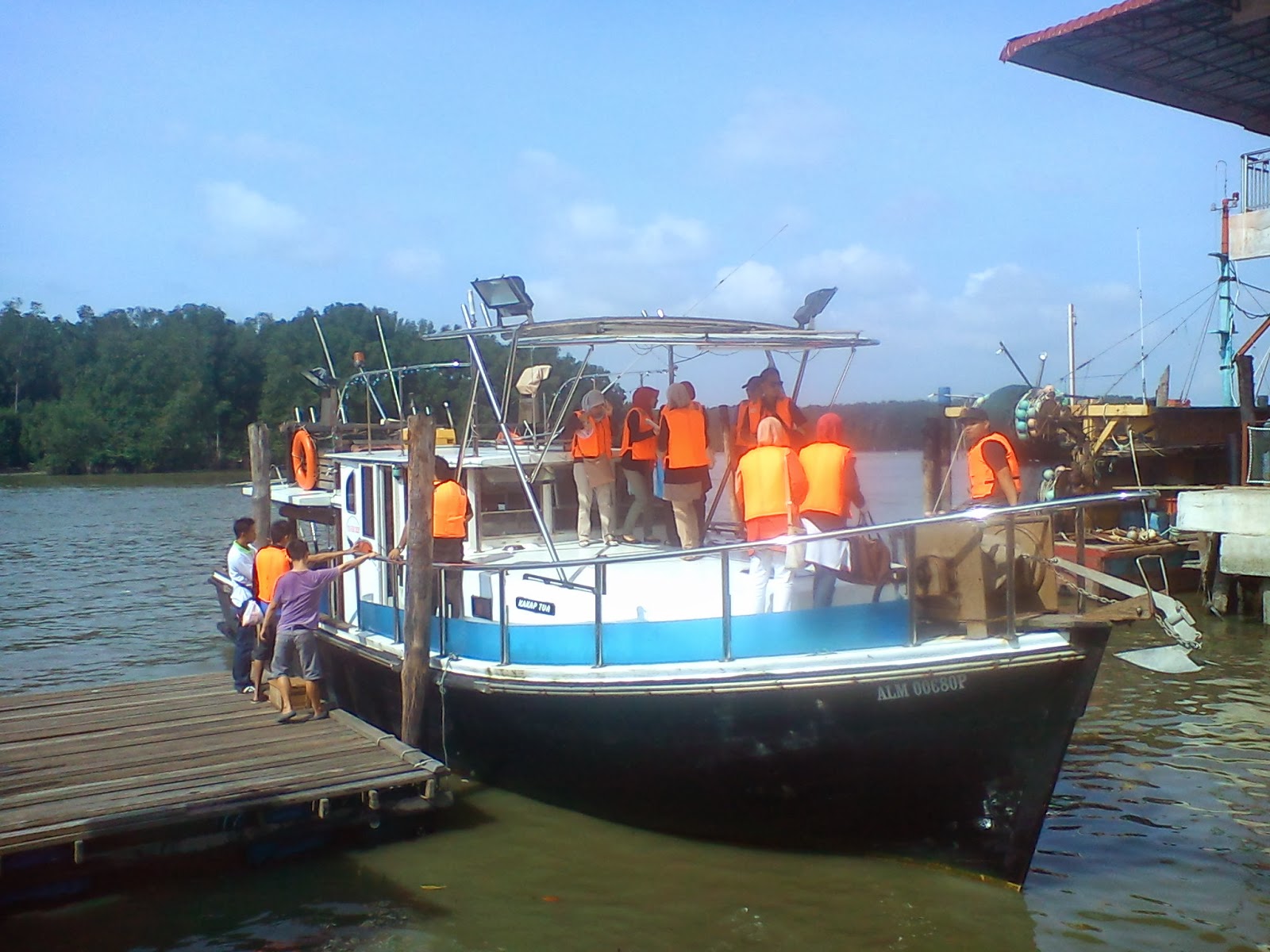 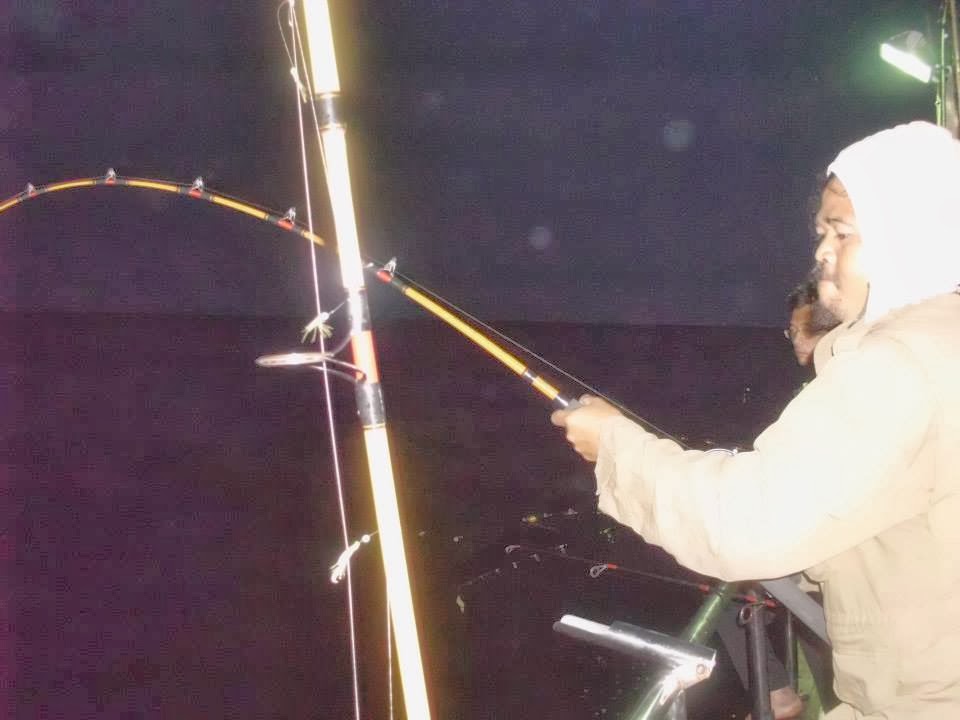 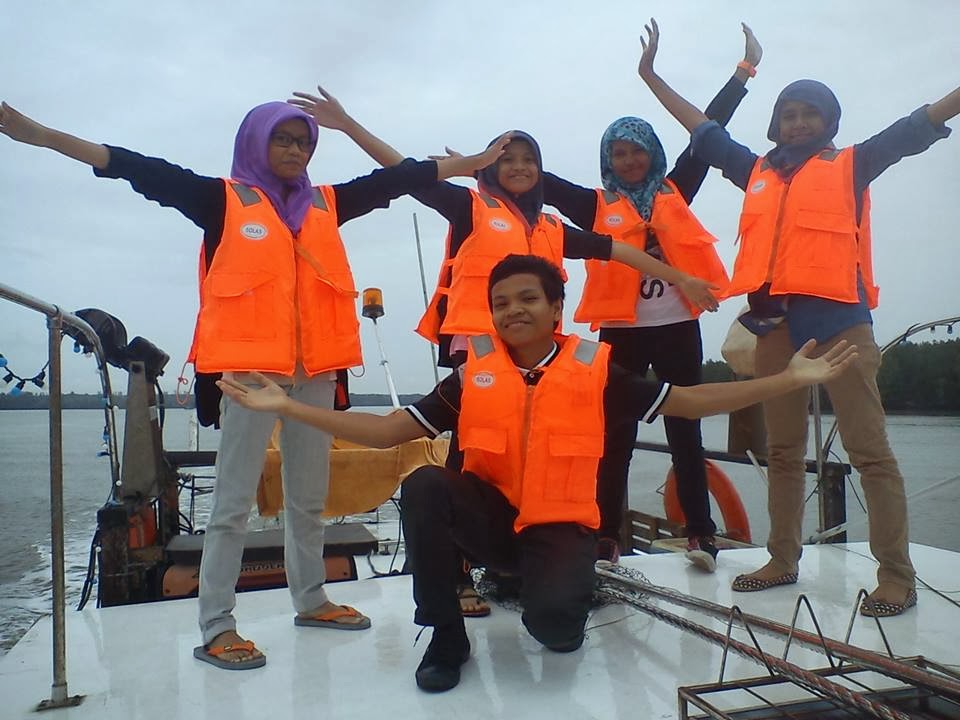 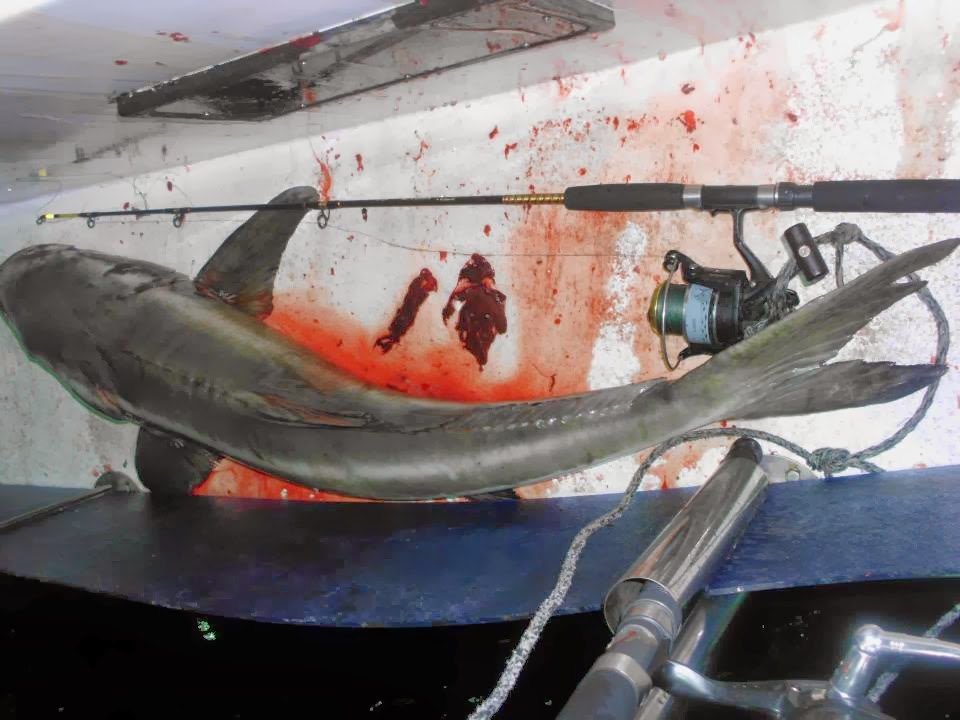 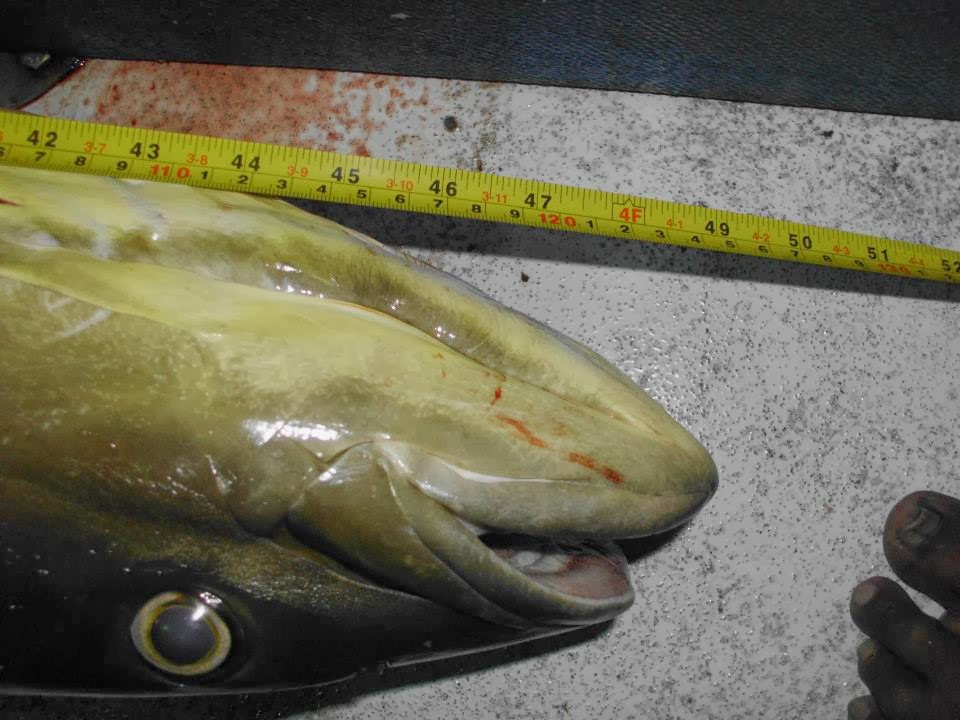 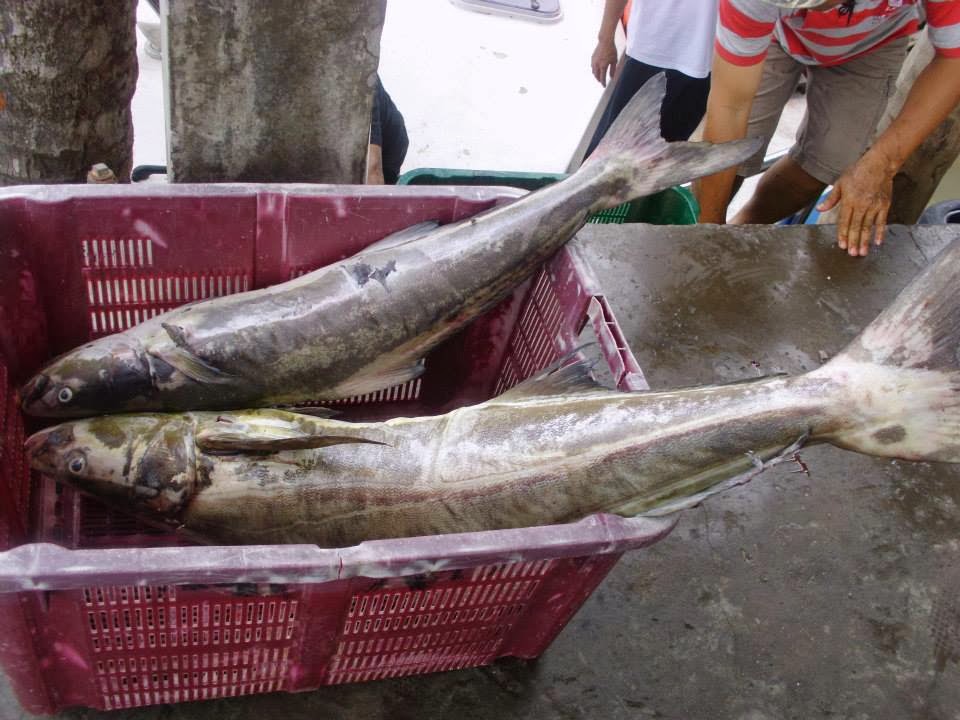 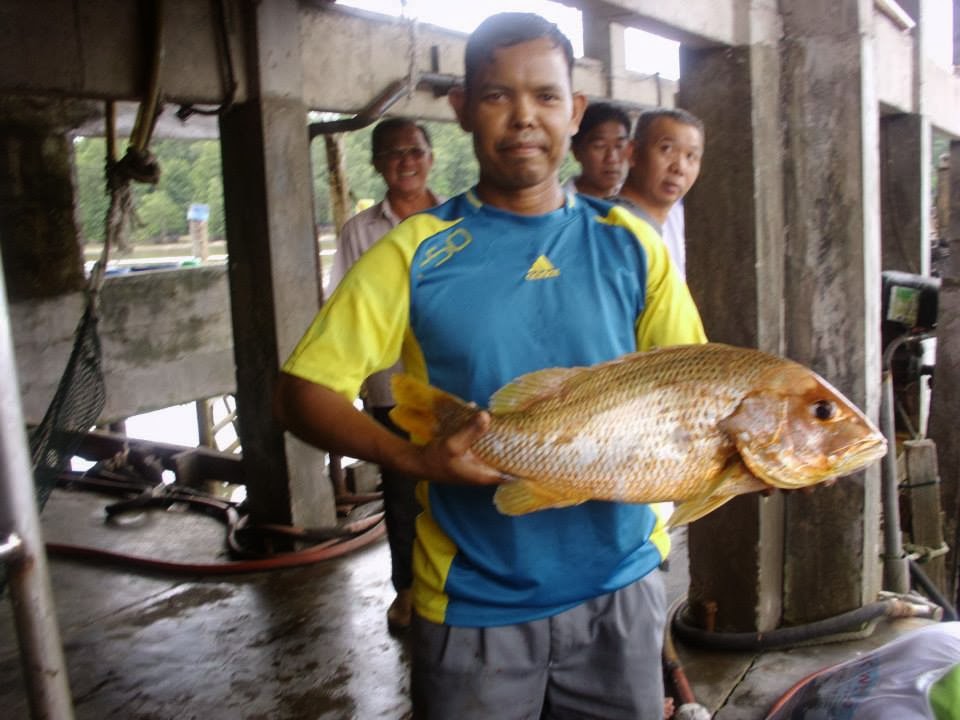 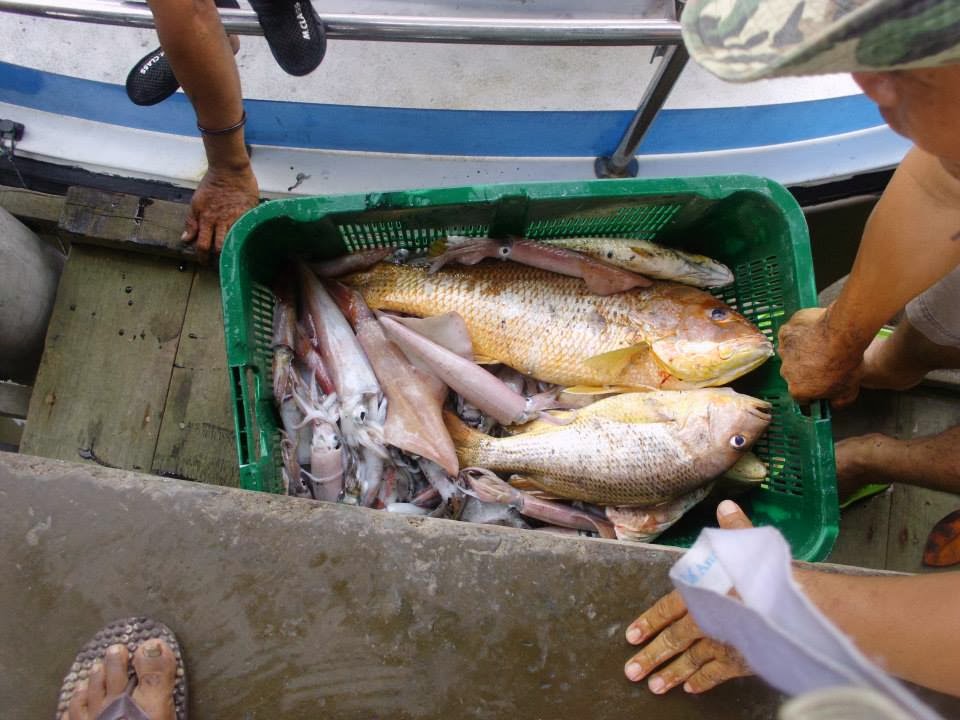 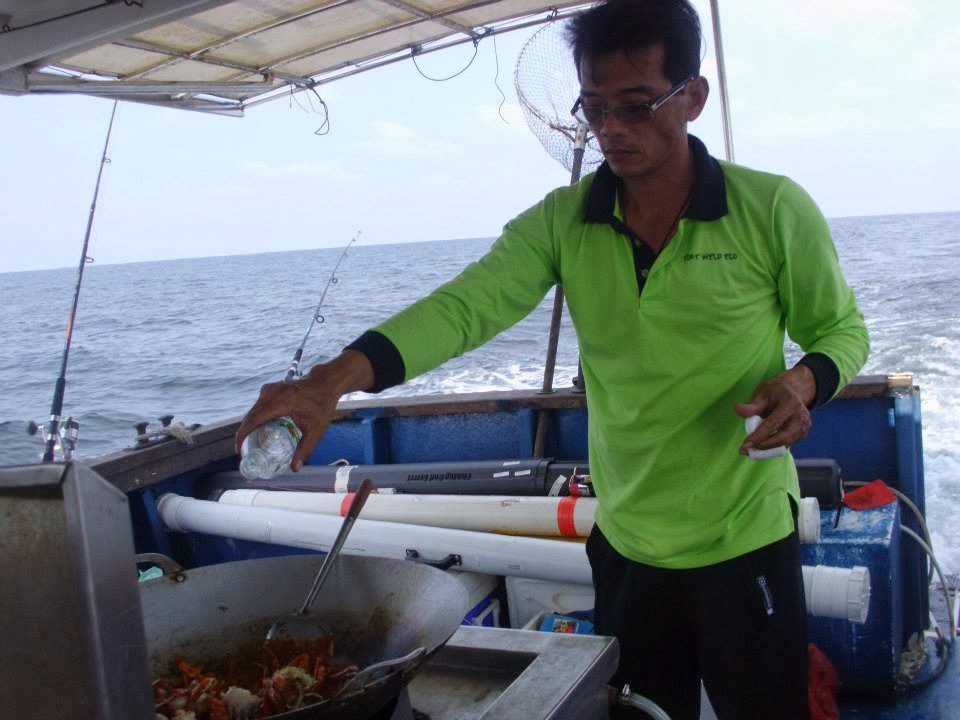 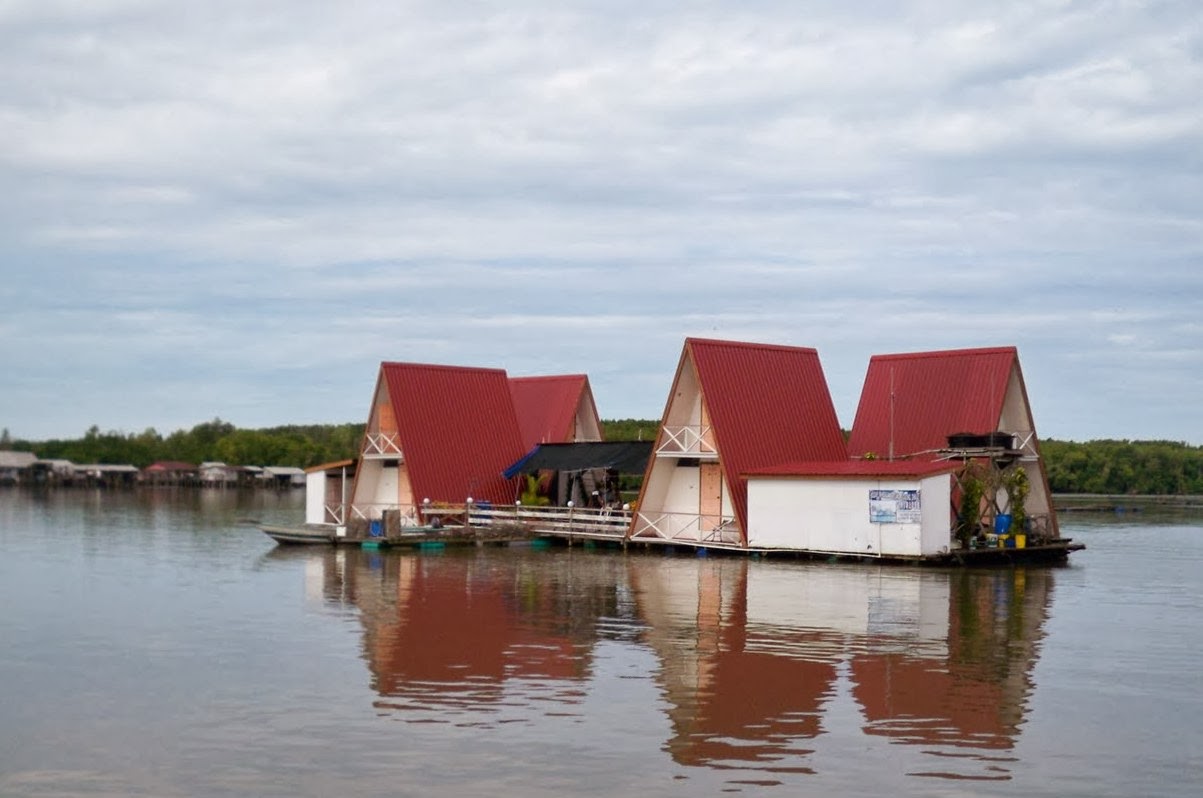 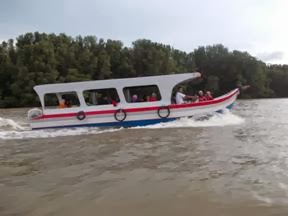