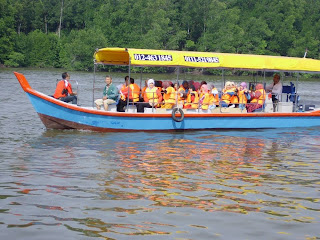 This year, MareCet embarks on a new research project
in the world famous Matang Mangrove Forest Reserve
in the state of Perak, focusing on the comprehensive
ecology and conservation of coastal cetaceans in an
area well-known as "the world's best managed
mangrove production forest" and is a commercially
important fisheries area for Malaysia.
We had the opportunity to conduct some rapid
surveys in the area in 2011 and 2012, and found it to be
a viable site for the study of Indo-Pacific humpback 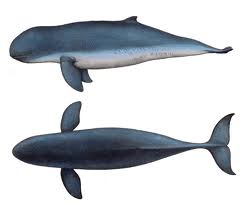 (Orcaella brevirostris). Components of this project will
include estimation of abundance of the animals within
the study site, investigation of habitat preferences,
habitat use and movements of the dolphins, study of
dolphin-fisheries interactions and to provide advisory
for any upcoming plans for the development of a
small-scale dolphin-watching industry in the area.
Cetaceans have never been studied in this ecologically
important and diverse area, and we are very excited to
be doing so.
Photo: MareCet Photo: MareCet
Photo: MareCet