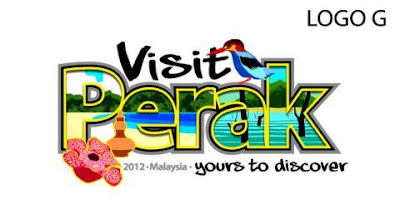 Tap the People for a Successful Visit Perak Year 2012

Questions, Questions and more Questions
Last July, the Ipoh Echo published a report which said that the calendar of events would be ready by September. Why have the authorities not engaged the general public to suggest ideas for events or venues? What do the Perakians know about the events planned for 2012? What has been the public’s participation in these?
How have the authorities presented the array of activities, venues or special exhibitions to showcase Perak to the whole world? The Ipoh Echo may be accessible locally and on-line but is this enough?
Who is the target audience for tourism Perak – the foreigners or local (Malaysian) tourists? Is the approach for each different?
Advance Planning
Everyone knows that the preparation and the promotional events for the Olympics are started well in advance and sponsorship obtained years before the site is ready.
In the schools our children attend, the school diary is prepared a year, or two, in advance; the schools know what events should be included in the academic year and it has a rough idea of who it plans to invite to give talks to the students.
Ideas from the People
Perak is not short of people who have interesting ideas. Why is their creativity not being tapped? Why do we shy away from engaging the wider public to participate in an event which will ultimately benefit them?
Our youth know what is fun and would be enjoyed by their peers. Perhaps competitions to create advertising slogans could be organised in schools to tap these young minds. Perhaps the winning entrant could be rewarded with a package holiday for him and a friend at a 5-star resort of his choice, in Perak. This might be the chance to promote the 3D2N package that was mentioned in the July 16 issue of Ipoh Echo.
People flying by MAS into KLIA are normally treated to a tourism Malaysia promotional advert on the monitors, prior to landing. Why are they not told that it is Visit Perak Year in 2012? Where are the flyers, or to save costs, a notice on their screens to inform them about the event?
Why are Tourism Malaysia offices overseas not promoting Perak at all? Many people book their holidays well in advance. Can’t we at least tempt them now, so they can include Perak as a possible destination?
We have a brilliant, direct bus service between KLIA and Ipoh, which very few people know about. There should be billboards as we arrive at KLIA showcasing Perak and telling them that they can go direct to Perak on this bus service. KLIA has nothing to tell the traveller about Perak.
Why can’t the authorities have adverts promoting Perak painted on the outside of buses and coaches outside of Perak? It is those people outside the state we need to entice.
In the run-up to the Royal Wedding of Prince William and Kate Middleton, the London Underground printed a photo of the royal couple on the reverse of the Oyster tickets. Millions of people bought these tickets, which would otherwise be free, to keep as souvenirs of the event. Perhaps transit passengers, who land in KLIA, on their way to Australia and beyond, could be given transit boarding passes with Visit Perak on the reverse?
In-House Preparation
The most important preparation we should make is in-house. It has to do with cleanliness, hygiene and communication. There is little headway with filth and litter. Our streets are dirty and our drains support more plant growth than is found in some of our gardens. The smells from rotting food waste and the vermin that thrive on waste, lie beside some of our best food stalls. Where are the health inspectors and why is there a lack of enforcement?
If we are really serious about welcoming these visitors, we need to improve our cleanliness. Impose a heavy fine on those who litter indiscriminately and close down the establishments which continually break the rules. Perhaps the people in charge have different standards of hygiene or have a higher tolerance of filth.
As always, our local government seems to do things in fits and starts, it shows enthusiasm only when a minister or exco member shows interest. Communication and education within our community is poor. It is time we addressed this common failing.

Perak going all out to woo tourists

THE Perak Tourism Committee is banking on the power of wheels to promote Visit Perak Year 2012 (VPY). Its chairman Datuk Hamidah Osman said the state would collaborate with local radio station, Perak FM, to send out a convoy to circle the country to promote VPY. “We will first target states surrounding Perak, namely Penang, Kedah and Selangor, before expanding our coverage to other areas,” she said. Speaking to reporters on Tuesday, Hamidah said state secretariat buses would also have tourism banners to promote VPY.

A crowdpuller: The water theme park at Bukit Merah
Laketown Resort is popular with locals and tourists.
“We are going on an aggressive campaign to draw tourists to Perak. We have set aside RM2mil to promote VPY this year and the amount will most probably be doubled next year,” she added.
Hamidah added that 17 billboards would be erected along highways and at the KL International Airport, Low Cost Carrier Terminal and KL Sentral to promote VPY.
“Advertisements would also be placed in travel magazines,” she said, adding that the state would hold the soft launch for the event at Dataran Ipoh tomorrow at 8pm.
Hamidah added that Mentri Besar Datuk Seri Dr Zambry Abdul Kadir would launch the VPY official logo at the event.
On a separate matter, she said an Ipoh-based bus company had agreed to offer transport services between Ipoh and the Royal Belum forest reserve.
“All this while, we have been facing transportation problems to take people to the natural attraction. This offer by the company is timely and we are confident it will help us attract more visitors,” she said.

The Star: RM2mil for promotion of Visit Perak Year 2012

PERAK is banking on Visit Perak Year 2012 to increase its number of tourist arrival to the state.
State Tourism Committee chairman Datuk Hamidah Osman said statistics from Tourism Ministry showed that tourist arrival to Perak had been on the decline since 2009.
“In 2009 we recorded 2.5 million tourists but last year there was a slight drop of 0.3mil,” she said recently.
For Visit Perak Year 2012, Hamidah said the state was targeting 20% more tourists.
To achieve that, the state would work with the various districts to highlight its places of interest.
“We will also be working closely with several tour companies to come up with attractive tour packages,” she added, admitting that the mismatch of attractions was one of the reasons why there was a drop in tourist arrival.
Hamidah said Perak was actually endowed with many natural attractions like the Royal Belum, which was the world’s oldest rainforest, Gua Tempurung, which was the largest limestone cave in Peninsular Malaysia, Matang mangrove swamp, Lenggong Heritage Valley and Pangkor island.
“It is just a matter of how we package these attractions to draw in tourists,” she said, adding that tourist information centres in Taiping, Kuala Kangsar, Ipoh and Manjung would also be upgraded to provide better services to tourists.
To highlight Visit Perak Year 2012, billboards will be erected along the North-South Expressway and at KLIA, LCCT and KL Sentral, she said.
“The state has set aside an allocation of RM2mil during Budget 2011 to promote Visit Perak Year 2012,” she said.
Local and foreign travel fairs will also be organised to highlight the event, she added.
“Besides having travel fairs in Penang, Pahang and Johor, we will also be going to Singapore and London to attract foreign tourists,” she said.
To entice visitors, Tourism Perak will also go through new media such as Facebook, Tweeter and the Internet, she added.
“We will have the soft launch of Visit Perak Year 2012 in September,” she said, adding that Perakians should help make Visit Perak Year 2012 a success.“If more tourists visit Perak, the spillover effect will be enjoyed by all Perakians,” she said.
Dicatat oleh Khairul di 3:26 PM